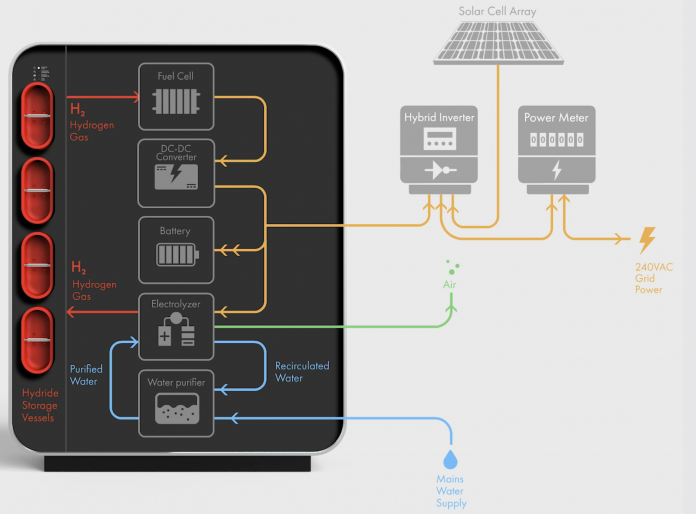 The cold weather in Texas has exposed how outdated some cities power girds have become over the last few decades. With the demand for power growing daily, new solutions like hydrogen need to be explored.

The 2 most common alternative energy solutions, wind and solar have their limitations; with clouds defeating solar and calm days defeating wind. However there is an alternative that always gets overlooked and that alternative would be hydrogen. Hydrogen is the most abundant element in the universe and when used to generate power the byproduct is only water. That’s right H2O, no CO2 or toxic fumes.

How does Hydrogen Generate Power Work?

LAVO is one of the many companies that is doubling down on the benefits of hydrogen power, offering clean renewable power solution to residents of New South Wales Australia. Using the Fuel Cell technology paired with solar cells LAVO claims they have designed systems that acts as a solar sponge being able to store and make energy on demand with a product life cycle of around 30 years and after which it easily be be Recycled.

Similar to a conventional fuel cells LAVO uses electric generated from the solar panels to split water into Oxygen that’s released back into the environment and Hydrogen that’s kept on reserver until power is needed. When power is needed the Hydrogen is sent to a fuel cell where it’s combined with Oxygen again to generate power.