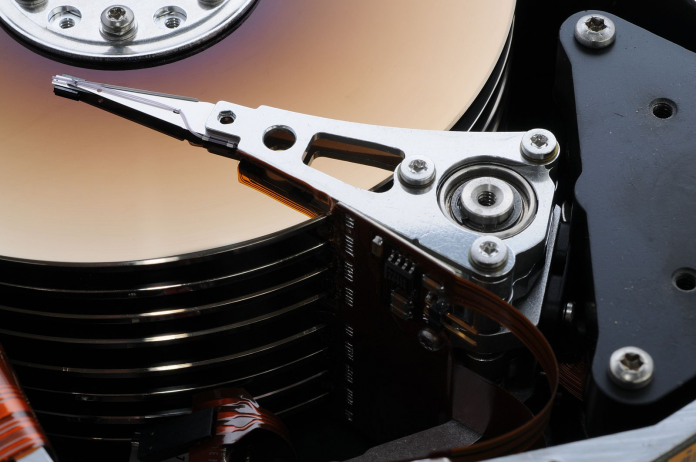 With the popularity of 4k videos and 8K around the corner the demand for storage has never been higher. This month the largest manufacturer of hard drive platters the Japanese company Showa Denko K.K. (SDK) announced it has improved upon its Heat Assisted Magnetic Recording (HAMR) technology opening the possibility for 80TB hard drives.

How does HAMR Work?

HAMR works by temporarily heating the disk material that consists of Aluminum and thin films of Fe-Pt magnetic alloy using magnets opening the possibility to write data to smaller regions and thus increasing data density of each platter. SDK thinks they can use this new technology to unlock 6Tb per square inch, an almost a 6x jump compared to the conventional capacity rate of 1.14Tb per square inch.

Seagate will be one of the first hard drive manufactures to use this new technology releasing a 20TB hard drive later this year. With typical had drive having nine platters 80TB HDDs are now in the realm of possibilities.

We also remain on track to ship 20-terabyte HAMR drives starting in December, which is an important milestone, as we believe HAMR technology will be the industry’s path to scaling areal density and increasing drive capacities. Seagate will be the first to ship this crucial technology with a path to deliver 50-terabyte HAMR drives forecast in 2026.