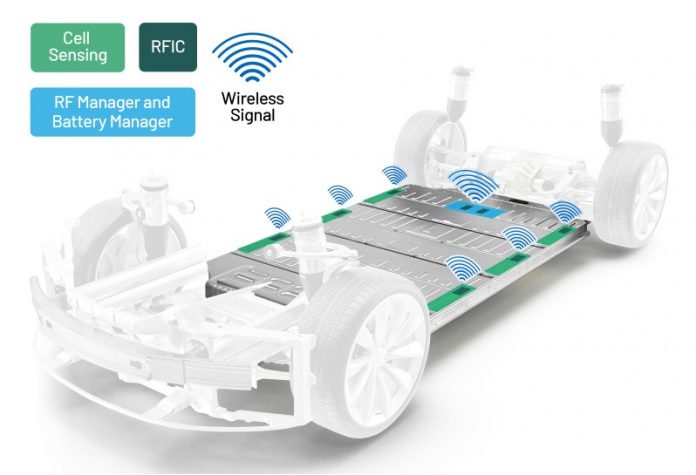 General Motors is on track to introduce the industry’s first and almost completely wireless battery management system, or wBMS, in its production electric vehicles.

The American automotive giant GM forms a partnership with the American Semiconductor company Analog Devices to develop wBMS as the primary driver to power many different types of EVs from a common set of battery components.

GM plans to first implement the wBMS on the company’s Ultium-powered EVs to step up its market rise. The main reason for this is that there will be no need for the engineers to develop and design specific communication systems or redesign complex wiring schemes for each new vehicle type.

“Scalability and complexity reduction are a theme with our Ultium batteries—the wireless battery management system is the critical enabler of this amazing flexibility. The wireless system represents the epitome of Ultium’s configurability and should help GM build profitable EVs at scale.” said Kent Helfrich, GM executive director of Global Electrification and Battery Systems

The wBMS features include:

According to Greg Henderson, Analog Devices, Inc. Senior VP of Automotive, Communications, and Aerospace & Defense, the company is proud to work with the highly respected automotive leader General Motors on the next generation of electric vehicles. He also added that this collaboration will accelerate the transition to electric vehicles and a sustainable future.

The wBMS will be standard on all GM’s planned EV powered by Ultium batteries. The modularity and flexibility brought by the development of wBMS not only focuses on a cleaner design, but also to empower a simpler, more established battery restructuring, and more robust manufacturing processes.